An Amazingly Simple, Amazingly Consistent Profit Producer at the Racetrack! Available in Software, TOO!!

the Australian Tracks Do For You?  Well, now that his Formula has been Tailored to the U.S. Racing Circuit, a Whole Lot, Like, Say, Increase Your Trips to the Cashier’s Windows by Maybe 10-fold or so.  Interested

You’ll soon be hearing a lot about Peter Zarn.  Peter is an Belgian computer scientist who enjoys a very lucrative ‘other’ life playing the horses.  Now, bear with us, because we need to lay down some groundwork about how the methodology came about.  Stick with us — you’ll be glad you did.

In 2006, Peter developed a simple but effective methodology that made big profits at the Australian tracks, where the betting volume dwarfs the mutuel handle at most U.S. tracks.  ‘The Zarn Effect’, as he calls it, is a simple formula Peter derived from a very sophisticated computer program that focused primarily on mutuel handle and closing odds in previous races.  The Formula is amazingly effective at the tracks down there, even though there is a distinct lack of past performance info compared to what we have here in the U.S.

O.K., February, 2008.  Dr. Robert Anthony, who most of you know as one of the cagiest wagering ‘strategists’ in the game (his Guaranteed Profit Money Management System is the best selling racetrack bankroll management strategy of all time), was on one of his frequent trips to the European continent, visiting Belgium this time.  He had heard about Peter through a mutuel friend, and since the good Dr. is primarily interested in how to tap into mutuel wagering pools and take out profits without the necessity of being an ace handicapper, what he had heard about Peter’s work intrigued him.

He and Peter struck up a good friendship, but the outcome of their meetings produced a much different result than Dr. Anthony had anticipated, in a couple of ways.  While Bob’s initial interest was in Peter’s computer work, his focus changed when Peter showed him his formula for the ‘down under’ tracks.

‘I remember looking at this thing, and looking at the results’, Bob later told us.  ‘I knew right away that what I was staring at, with only a couple of modifications, would certainly work on the U.S. tracks as well.’

So with a couple of suggestions from Bob, and access to Tom Console’s U.S. thoroughbred database, the tests were done and, voila!, The Zarn Effect for the U.S. tracks was born!  (The other result from Peter and Bob’s meetings, is that Tom got to know Peter as well, and contracted him to produce the most amazing piece of handicapping software, a ‘black box’, if you will, called the Race Profit Generator (RPG).

OK, we got that out of the way.  Now let’s go over exactly what The Zarn Effect is and how it will benefit your bottom line at the racetrack.

The Zarn Effect is based, primarily, on previous closing odds that can be found in any past performance lines.  How is this different than other methods that use closing odds?  Trust us, it’s different – the way he uses the odds to spot horses likely to run big today is rather odd, but it works, and it works more often than not.  It’s really ingenius.

There are a couple other rules, but given that you will immediately eliminate close to half the field in most races at a glance,  an entire card can be handicapped quickly.  Even Maiden races can be played.  In some categories, like Allowance sprints for males, the win rate is darned awesome, nearing 40%!

If there’s one thing we hear over and over again from players, it’s that they want a system that’s EASY.  Easy to figure, easy to use, easy to profit from.  That can be a tall order, as you well know, since this is such a diverse and multi-faceted game.  But every so often something comes along that fits that bill.  And the method we recently analyzed from Peter’s The Zarn Effect, fits it to a ‘t’!

We don’t want to make this a ‘hard-sell’.  There’s no need for that, since we have full confidence in the The Zarn Effect’s ability to pick a steady diet of winners and key great paying Exactas and Trifectas, and full confidence that you will enjoy the same results.  And if you don’t feel The Zarn Effect is up to snuff, you can send it back for a full refund.  But do look at the other material enclosed, especially results of the database study below. 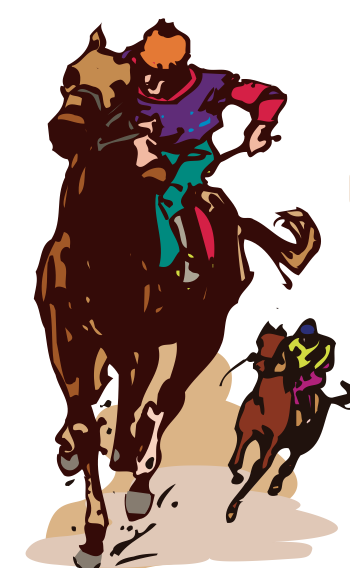 but mostly your $5 to $12 meat and potatoes winners.

Works at? — All tracks

And Remember – You can now get The Zarn Effect in Software, too!!

The price is a very reasonable $59.50 (#Z125) for the paper and pencil method – $127 for the software (#Z-126)!  considering the bevy of extra mutuel tickets you will be cashing!  And we will get your copy out to you within an hour after we receive your order.  Promise!

The following study was conducted using the RPM database which consists of @521,000 thoroughbred races. The rules were followed to the letter, average # of plays per track per day = 3.3. The first column shows the overall win rate at each track and the return on investment. For example, at Aqueduct the system picked the winner 31.3% of the time and the return on investment for the winners was +40%, which means 1.40 for every dollar you bet. A handful of tracks showed negative ROI’ s. Since we feel our testing is accurate as well as extremely extensive, these tracks should be avoided in the categories where the losses were shown.. The second column is interesting in that it demonstrates the power of the Zarn system in Exacta play. What we did here was take the TZE qualier if he was 7/2 or better on the morning line and play him in Exacta boxes with the three horses with the top last-race speed figures other than the TZE qualier. We were surprised ourselves at how many tracks actually showed positive ROI’ s using this strategy. Example: At Aqueduct the system hit 35.3% of playable Exactas and produced a +28% ROI, or profit.We used the 7/2 minimum because that resulted in a significant amount of Exacta action. However, restricting Exacta play to TZE horses at morning line odds of 6-to-1 or better resulted in significantly higher profits, albeit the amount of action was reduced significantly.