Play Selected Favorites and Guarantee Yourself Steady Profits At the Racetrack?

Use Len Cz’s Proven Parlay Formula and Increase Your Profits by 2 to 4 Times?

And All With Very Little Thinking and no Handicapping on Your Part?

The Secret?  A Very Well Kept One, Until Now, That Is.  But You’ll Soon Be Hearing a Whole Lot About

Dear Friends:
As we’ve told you before, one of the great things about being in this end of the business (distributors of handicapping products, that is), is that we get to analyze and reviews hundreds of systems, methods, books and software products annually.  The bad part is that there’s a heckuva lot of total junk that we have to wade through.  But the good part, the really good part, is that every once in awhile we uncover a real gem.  Something that not only we can use to pump up our bottom line at the racetrack, but also distribute to our best customers, so everybody benefits.

Now the gems we uncover aren’t always big surprises.  When we get something from a Tom Console, Chuck Blaskower, Dick Johnson, etc., we know we will be looking at a well-researched quality piece of work.  And when Len Czyzniejewski (we just call him ‘Cz’) told us he was ready to put the method down on paper that he had been using successfully for several years, we were all ears.

Len, you see is a serious research analyst on the thoroughbred racing scene.  His first book, The Top 52, analyzed in detail 52 of the best-selling methods on the market today.  His computer database lets him to look at every nook and cranny, allowing him to uncover exactly in what situations a given method is most profitable.

We have known for a long time that Len was a steady winner at the racetrack, but he was always kind of closed-mouthed on exactly what he was doing.  But a few months ago Len got the publishing ‘bug’ again, and told us he would soon be sending us a method of play that while very conservative, would nonetheless enable the user to build a very nice bankroll at the racetrack, with little or none of the stress that most handicappers go through to win at the game.  He said he was going to call it Hammering The Chalk, and once we got a look at it we’d know why.

There’s one thing you need to know about Len:  He’s about as straight-up a guy as you’d ever want to know.  He would not release a product for sale unless he was 100% certain that it performed exactly as advertised.  In fact in his The Top 52 book, which analyzes 52 best-selling racetrack systems, he’s pretty tough on some of the authors whose methods fall short of their claims.  So you can rest assured if it has Len’s seal of approval on it, it’s worth taking a serious look at.

And what exactly is Hammering The Chalk?

Well, to put it simply, and it is darned simple, it’s a way of playing selected favorites, with little or no thinking involved, that guarantees profits at the track.  It showed a decent flat-bet profit over any series of 30 or more bets we looked at, and we looked at over 31,000 betting situations. Sometimes, believe it or not, you’ll cash 27 or 28 out of those 30 bets.  0We had a couple of 50-race series, in fact, where 48 or 49 of the bets were cashed.

But it gets even better.

Len has borrowed a page from the great wagering strategist Dr. Robert Anthony and created his own parlay method of play that has the effect, well, you know the difference between a firecracker and a 4th-of-July skyrocket?  Well that’s the difference you’ll see in profits between flat-betting the Hammering The Chalk choices and parlaying them. 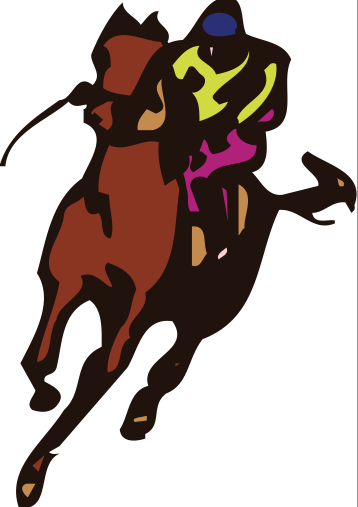 I know that many of you own and love a method you purchased previously from us, The Racetrack Millionaire & SuperChalk.  It’s an extremely conservative, high-percentage method of play that has yielded profits at the racetrack for over 50 years now.  Well, Hammering The Chalk is very similar to RTM in that it is very conservative, but the nice thing is that it gets more action (several plays per week per track) and while the prices are lower, you can expect to be cashing tickets 94% or more of the time.   A runout of two is considered a long one, so there are no losing streaks and, seriously, this method is so darned simple to implement that with about 10 minutes of instruction, a 10-year old could play it.

**And get this:  There is no handicapping involved.  None!  So when someone asks us how long it takes to figure a race, we have to say: ‘no time at all’.  All you need to know is the horse’s odds, either nearing post time, or, if you’re not at the track, from the morning line.  The method is a bit more effective with post time odds, but works just fine using the morning line.  Len explains in detail exactly how each approach works.

You’ve probably gathered by now that Hammering The Chalk is primarily a place and show betting method.

You will be wagering only on horses that have an extremely high chance of hitting the board.  We’ve seen consecutive runs of 27-plus winning tickets *and only on very, very rare occasions will you lose two wagers in a row.
No, it’s not the most exciting method in the world.  You won’t be cashing $44 winners and/or $675 Trifectas.  But let’s face it folks, is it that occasional chance at ‘glory’ that you’re interested in or do you actually want to make money at the racetrack?  Because if you do want to make money, consistent money, and you don’t want to suffer the stress of long runouts, then you will want to have Hammering The Chalk in your playbook.

Think about it this way:  You can sit back and simply wait for the plays to come to you.  You can easily play three, four, five or more tracks.  The strategy is that simple.  THERE IS ABSOLUTELY NO HANDICAPPING INVOLVED.  You can make flat bets and know that you’re going to make a decent profit, or you can choose to use Len’s Proven Profit Parlay Method and increase your return on investment substantially.  And you can sit there knowing that while so many of the other players in the room are just spinning their wheels, you will be wagering confidently and earning steady profits.

‘I’ve read so many times that the only way to make money at the racetrack is to bet longshots.  Phooey!  After using Hammering The Chalk for 90 days, I have yet to have a losing week.  As my bankroll builds, I have increased my wagers.  I’m averaging almost $900 a month in profits and am very, very tempted to start doing this full time.’
Jeff Atkins, Toledo, OH

*Oh, and one of the great things about Hammering The Chalk is that since there is absolutely no handicapping involved you can play your regular methods at the same time.

For example, we know one guy who looks at five tracks, using the morning line, and puts all his bets in ahead of time.  Then he figures his Racetrack Millionaire & SuperChalk plays, and tops it off by using our System 17 for his exotic plays.  He’s got three winning systems and is able to play all of them without skipping a beat.  You could just as easily do the same, regardless of what other methods you are using.  And you’ll have the confidence to know that Hammering The Chalk will be grinding out steady profits for you, even while one or more of your other methods may be in a slump.

Having been in this business a long time, we know that there are a number of methods that will show long term profits.  However, most tend to be rather ‘streaky’, and many horseplayers have a difficult time handling the wild roller coaster ride, the radical ups and downs, that are so much a part of trying to make a profit at the racetrack.  That’s why so many professional players have locked onto methods and angles, like Hammering The Chalk, that can produce a steady income while they cast their handicapping lines into deeper waters waiting to land the bigger fish.

So here’s your chance to experience what it feels like to cash many, many, many more tickets than you’ll ever tear up.  A chance to experience how a simple money-management technique, Len’s parlay strategy, can earn you three to four times what you would earn at the bank.  And the fact that it’s so darned easy to use makes it seem almost like you’re stealing money!

Len also asked that Hammering The Chalk be priced within everybody’s reach, so rather than the suggested retail price of $95 you, you will pay just $55, a sum you will earn back very quickly,  that we can promise you. The ordering details are enclosed.

We look forward to hearing from you!

Question: I find it hard to believe that I’ll be cashing 94% of my bets with Hammering The Chalk.  How is that possible?

Answer:  You can count on those stats.  Not only did we get exactly that hit-rate in our extensive database sample, but our system testers got hit-rates between 91% and 97%. This is possible because you are playing the highest-percentage type of horses in the game.  The vast majority of your bets will be to place and show and the payoffs will be small.  At that hit-rate, however, you don’t need big prices to make good and steady profits.

Question:  How difficult is Hammering The Chalk to use and how long will it take per race?

Answer:  If you can read posted odds in a racing program or on the tote board, you can use Hammering The Chalk.  That’s all you need to know.  It will take you roughly 15 to 30 seconds to determine if there is a play in a given race.

Question:  Does Hammering The Chalk work better with actual odds nearing post time or with the program odds?  I’m interested in making my bets and leaving and don’t want to hang around to see final odds.

Answer:  The method shows slightly better profits with odds nearing post time, but interestingly, some of our testers got as good or better results using the program odds.  Either way you’re going to make money on flat bets, but you’re going to do much better using Len’s Proven Parlay Formula.

Question:  Is the parlay method difficult to use?

Answer:  No.  Len not only explains it well enough that a child could use it, but he also provides you with a copy of the easy-to-use parlay chart that you can have duplicated.

Question:  By how much will using the parlay method increase my profits?

Answer:  It will definitely more than double your profits, and if you use one of Len’s ‘extended’ parlay charts, you can expect profits up to four times greater than flat-bets will yield.  By the way, the extended parlay charts, as well as a computer version of the charts, are available for your asking at no charge after you purchase the method.

Question: What if I have a question?  Will there be someone there to help me?

Answer:  Of course.  This method is so darned simple, we doubt if there will be any confusion about the rules, but Len is available both by e-mail and phone if you do have a question.  He is more than happy to help you in any way he can.