A Note from David Powers

Introducing Two Great New Systems – Buy Them Before They Appear in Our New Summer Catalog & Save 50% on the Purchase Price!!

(based on Mark Cramer’s previous research) 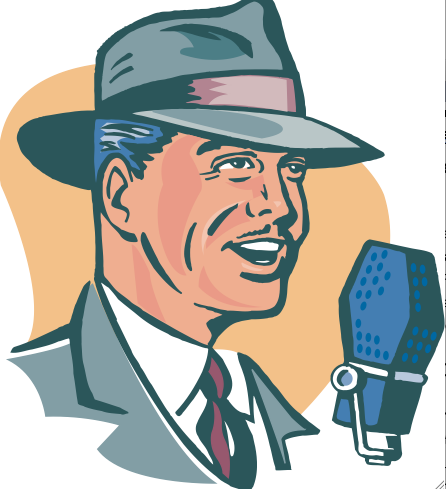 We’re now putting the finishing touches on our summer catalog which will be mailed in early July.  Even though we’ve been publishing the RPM Handicapping Product Catalog for over 25 years now, we’re especially excited about this one.  The reason?

Very simply, we don’t remember having a catalog where so many new, exciting quality products appeared all at one time.

The reason for this letter is twofold.  First, if there are a few things we hear from our customers more than anything else, it’s that they are looking for systems that

1) are quick and easy – no complicated rules or math to worry about, and wagering strategies that are simple and productive, and,

2) pick a solid number of winners, Exactas, etc., at decent prices in order to insure a long-term profit.

While we were discussing the new products with our graphic artist the other day, it struck me that two of the new systems fit that description to a ‘t’, so we want to introduce to you both The 3-2-1 Betting System and Len Cz’s Optimum Maiden Race Profit Plan, which is based on Short Form research previously done by Mark Cramer.  And, secondly, we thought it would be a great idea to offer these systems at a discount to our best customers before they are introduced to the general public.

Briefly, The 3-2-1 Betting System is actually a ‘Bankroll Building Strategy’.  It was sent to us by a longtime client who has been using it with success for years.  And, remarkably, it requires no handicapping because it uses ‘public’ handicappers for your selections.  You simply use the what he calls a ‘bookmakers’ percentage table’ to determine if a race is playable.

You play in ‘series’ of three races but only go as far as the 3rd race if your desired profit is not made in race #1 or race #2 of the series.  We set our ‘desired’ profit at $25 and bet according to the rules.  PP In over 61% of the 3-race series we tested, the desired profit was realized in the first race of the series.

In fully 82% of the cases the desired profit was realized by the second race in the series.

The basic strategy is to choose a public handicapper (Sweeps in the DRF is a good one, but any good local handicapper will get the job done as well).

You then do a simple calculation using the bookmaker’s percentage table to determine if the race is playable.  This will be the first race in your 3-race series.  You will actually wager on three horses in this race.

Requires no complicated figuring or math.

Designed to produce a desired profit over a series of three races.

61% of the time, that profit is realized in the 1st race of the series.

82% of the time that profit is realized by race #2 in the series.

As Close to a ‘Sure-Thing’ Bankroll Builder we’ve Seen.

Most of the time you will have a profit after the first and/or second race (82% of the time) in the series, so you can choose whether or not to go on and play the second or the third race in the series.

Having a successful 3-race series, however, is where the biggest profits are made.

We were surprised that we had never seen anything quite like this before, but it does work, and the ‘no handicapping’ part of it is what most users will appreciate.  It will retail for $75.

Developed by Len Cz Based on Extensive Research by Mark Cramer and Sport Stat, Las Vegas:  ‘Briefly, the history of this method involved my own research and then subsequent validations. I paid a rigorous research outfit in Las Vegas, Sports Stat, which is merciless with would-be system sellers, to do a separate sample. They came up with the following:

Their expected win percentage for a similar situation without my specific rules was 24%. The real win percentage using my rules was 28.5%, which they considered a big 4.5 point statistical advantage.  The profit was a very respectable +28%.

(‘This method has made an impact among the handicapping intelligentsia. Brad Free, Senior Daily Racing Form Handicapper, for example, once won a handicapping contest and sent me congratulations because his final winner, the one that put him over the top, was a maiden-return horse that qualified by my rules.’

Just 3 Basic Rules, but… new UPDATE will be included which shows how the addition of just one of two (or both) other conditions enhance both win % and profit considerably!

You’ll quickly discover that Maiden races are not as difficult as all those ‘experts’ have been warning you about for all these years.

Len Cz’s Optimum Maiden Race Profit Plan is one of those systems we needed to check, and re-check, and then rub our eyes to make certain we weren’t seeing things.

Len, as many of you are aware, does not like to handicap.  Like Mark Cramer, whose ideas led to this discovery,  Len always seeks to drastically simplify the handicapping process.

And, that is exactly what he has done with his OMRPP.

So if you have previously found Maiden races impossible to figure out, well, as Len will show you, they are actually pretty darned logical affairs to sort out.

And, with one or more Maiden races in almost every Pick 3, 4, 6, etc., your ticket-cashing won’t be limited to just win wagers.  OMRPP retails for$65.

Call or respond by mail as soon as possible.  This offer will not be honored after June 11.

Though the overall prices are on the short side, it does make a profit and is great for ‘singletons’ in the exotics!  And it’s yours, absolutely FREE!