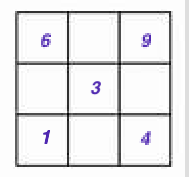 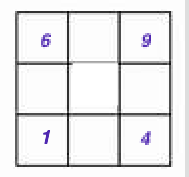 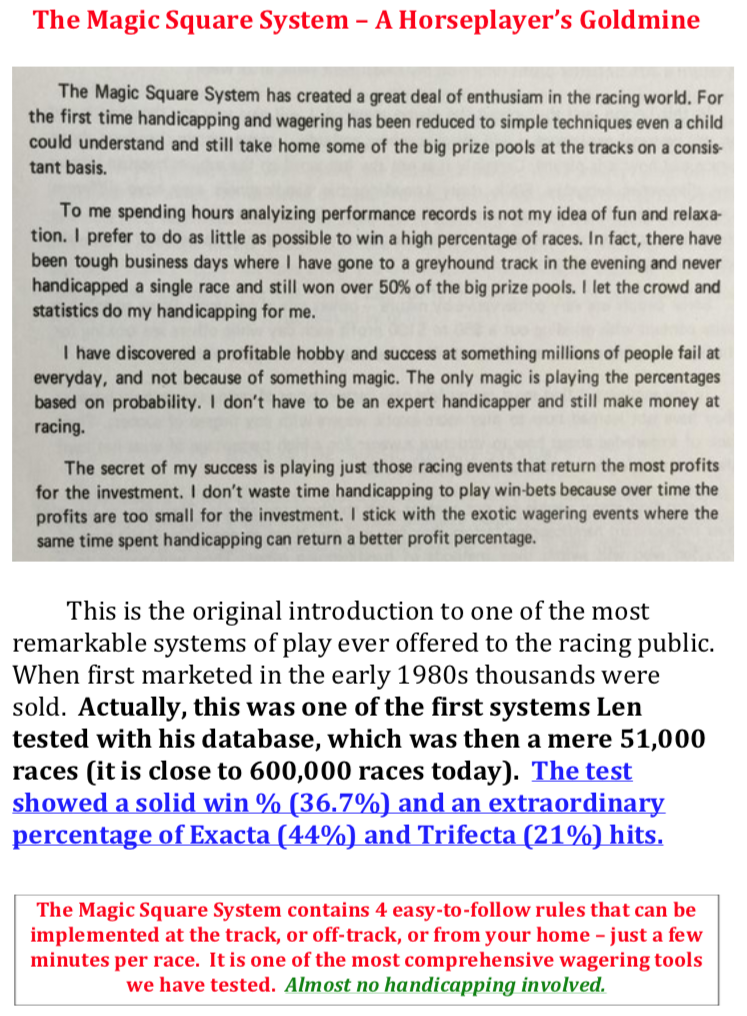 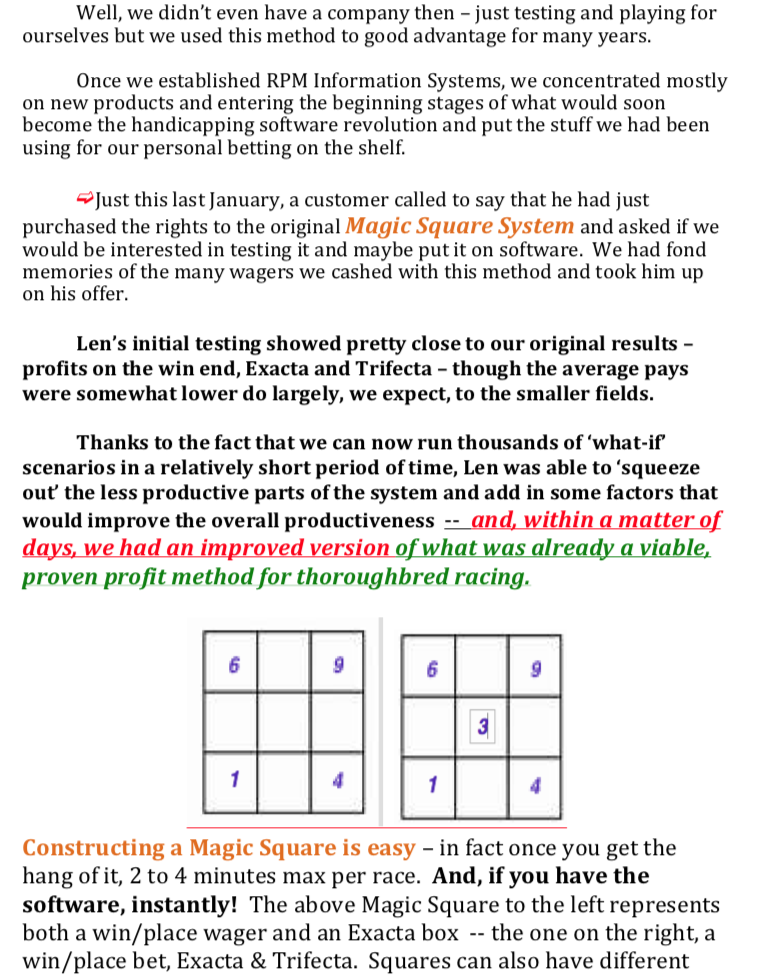 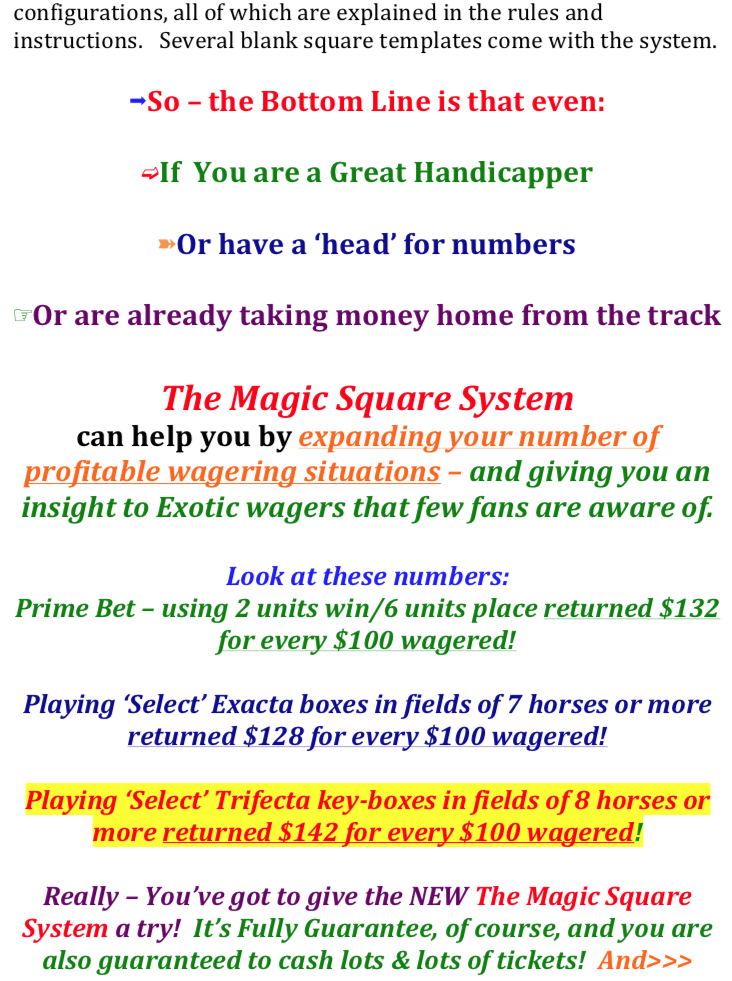 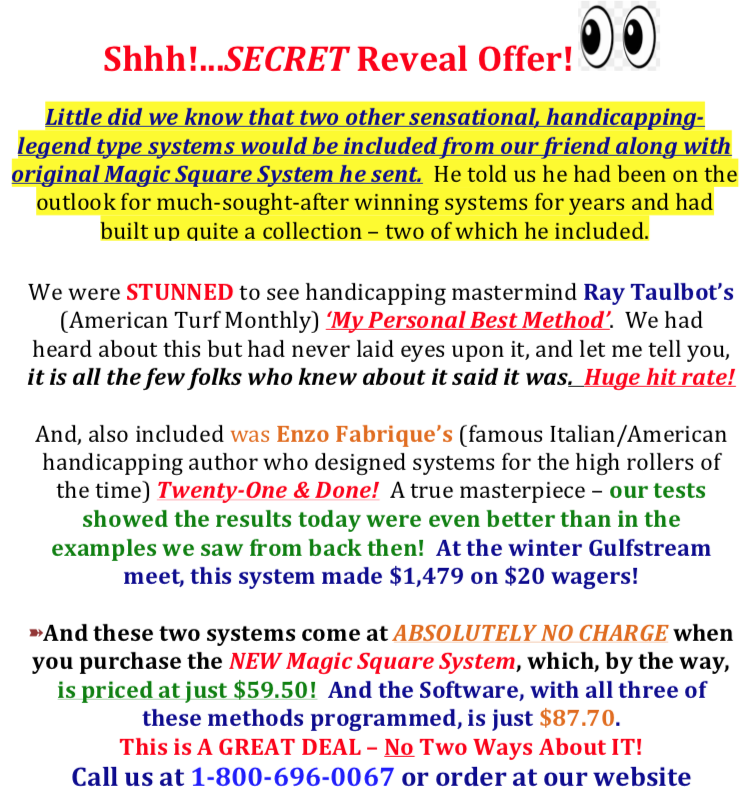 All three of these angles produce solid longterm returns within the suggested wagering parameters:

The Exactas should be played in a box but only when at least one of the horses has a morning line of 5/1 or higher. 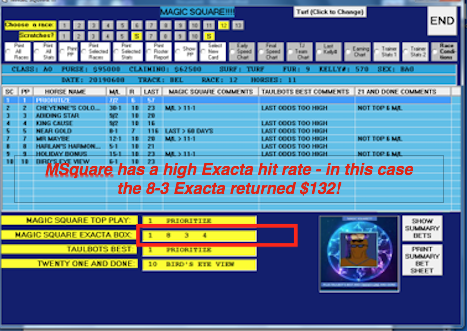 As far as the exotics go, we have also provides a ‘visual’ magic box animation so you can see how the top contenders are laid out.  When you click on the picture in the lower right of the main screen it will generate the following animation: 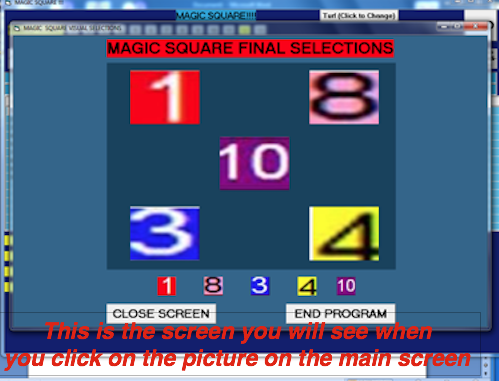 While you can always look at the main screen for plays, this gives you a visual representation of the horses to be used in the Exacta and Trifecta.  If there are four or less horses on this screen, that indicates an Exacta box play.  If there are five horses on this screen, then you can still play an Exacta, but this also suggest you have a good shot at hitting the Trifecta by boxing all five.

Below is an example where all of the angles select the same horse.  This situation provides the user with a very high % (close to 58%) win place and Exacta key situation.  Felix The Cat ran 2nd at 4/1 and the Exacta was hit as well. 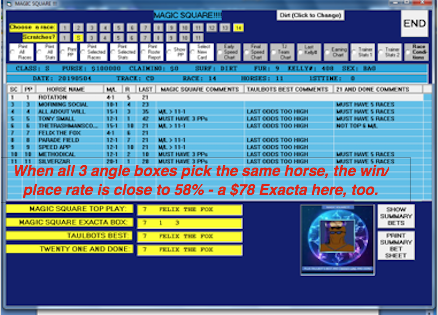 Q.  What, exactly, is a Magic Square!

A.  In horseracing, it is a numerical configuration that is determined by just a small amount of handicapping – the major contenders are placed in different corners (or center) of a 3×3 box which determine what kind of play(s) should be made.  For example, when you have horses in all four corners, the top left horse is a win/place wager and then all four should be boxed in the Exacta.

Q.  How is the new version different from the original?

A.  Actually, the original was more complex than initially advertised.  What we have done with this version is eliminate some unnecessary calculations and add in some elimination rules to streamline the process.  For example, all horses with a morning line over 10/1 are eliminated; any horse beaten 7 lengths or more in his last race is eliminated; any horse away over 60 days, etc.

Q.  How long would it take to figure a race using the paper version?

A.  Well, initially, it may take you 6 to 8 minutes, but once you get the hang of it, probably just 2 to 3 minutes per race.  In fact, once you have done the eliminations – which can be done in seconds, you often only have four or five horses left to figure in an average 9-horse field.

Q.  How about runouts?  Can I bet to win/place and show?

A.  The Magic Square System is a ‘logic’ driven methodology — most Prime contenders will run big – running 1st or 2nd 50%+ of the time and at least 3rd 77% of the time.  In short — long runouts are very rare — especially when using the suggested wagering strategies.

Q.  I’m interested in the Bonus items from Taulbot & Fabrique.  Are they really as good as you say?

A.  Definitely!   These were handicappers who made serious money at the track in the days where there were no computers and limited access to stats.  They are easy to figure, but contain factors that most handicappers have always ignored.  Both are Super Consistent and runouts are virtually nonexistent.