Editor’s Note:  We always like to hear from Dick Johnson.  For years, over 30, Dick has been using his personal methods to earn a supplementary income from the racetrack.  All of his methods are extremely simple to use and all make tidy longterm profits.  And his newest, The PERFECT RACING SYSTEM!, is no different. 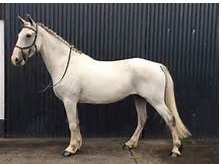 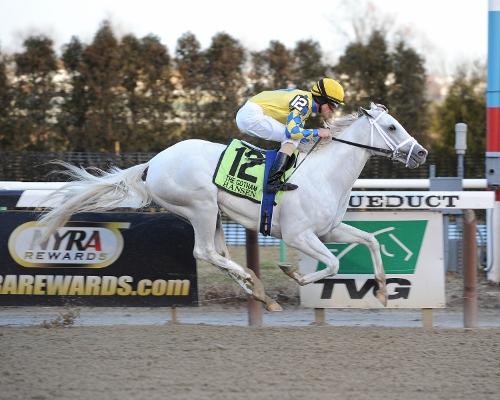 We ran four separate database tests and got win rates between 35.6% and 41.4% on the Best Bets.

In fact, there is one spot-play method we discovered in the database test that wins 51% of the time!
—————–

And the Exacta Box results are sensational!
When using a 4-horse box on suggested Exactas, The Perfect Racing System hit 40.3% of the time!

And as you can see from the examples below, the payoffs are often BIG, as PRS often locates viable longshots to add into the Exacta mix.
See for Yourself!

The Perfect Racing System is available in paper/pencil, ebook and Software versions.
It is extremely reasonably priced and carries a full money-back guarantee —
Seriously, try it – – you have nothing to lose and a whole lot of mutuel ticket cash-ins to gain!

“I always write my systems and programs to emphasize Consistency, and I do a good job, but what Dick has done with The Perfect Racing System

Read all about it below! 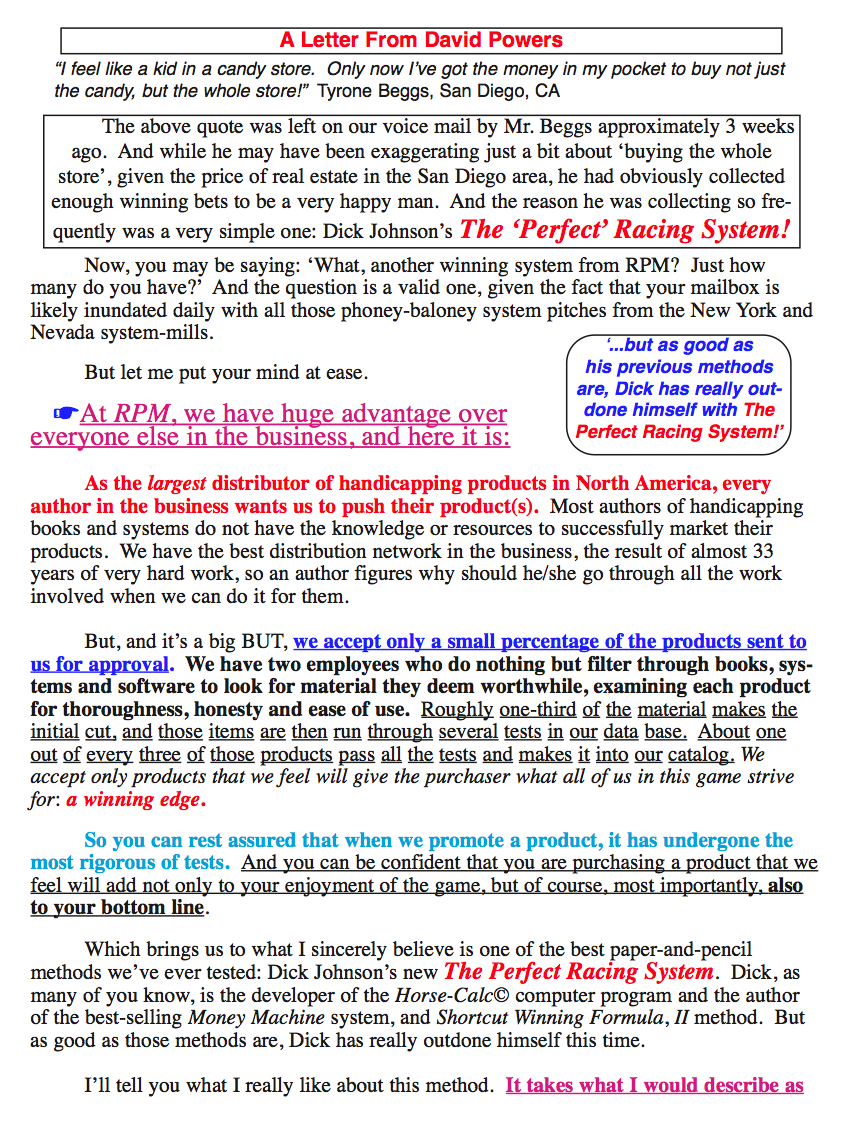 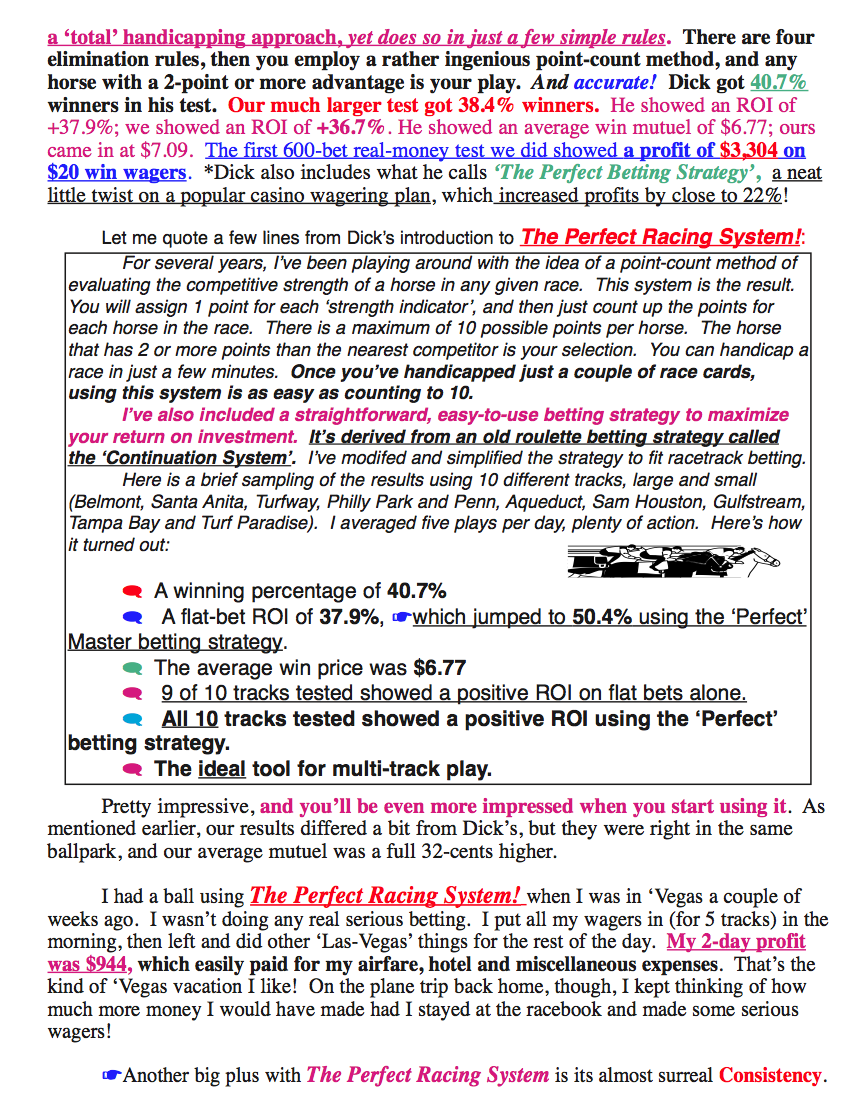 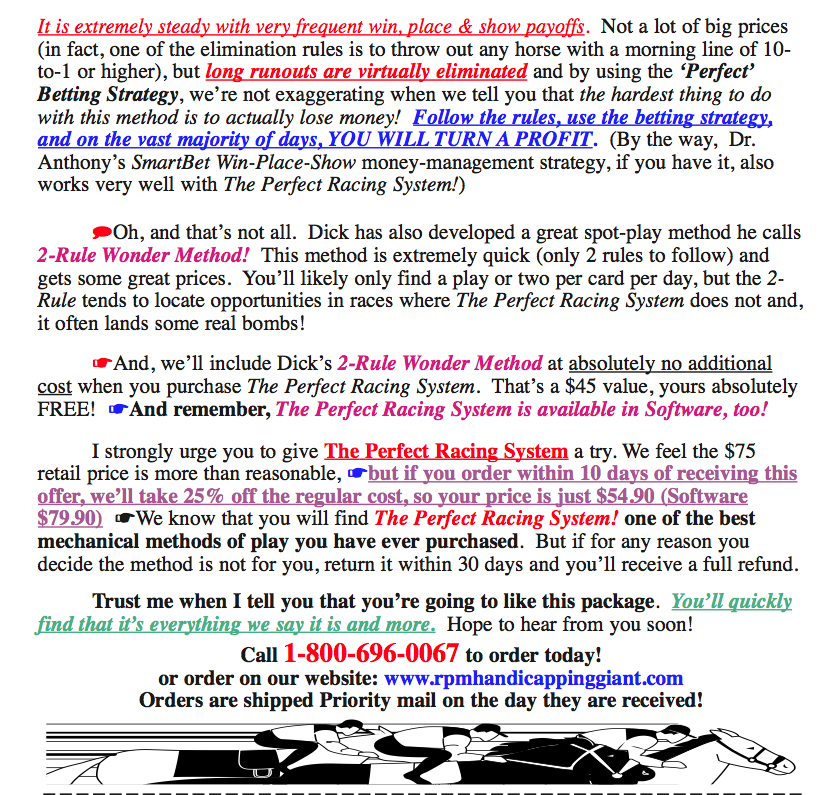 The Perfect Racing System – The Software!!

Our programmer, Len, has done his usual superlative job of coding with the PRS method.  In fact, he improved it as he went, and discovered an amazing spot play that hit at 51%+!

Below:  The Best Bets in this system are the Perfect 2-PT Advantage Horses, meaning the top scorer has at least a 2-point edge over the second-highest scorer – These plays will produce your highest win %s.  They very seldom run off the board. 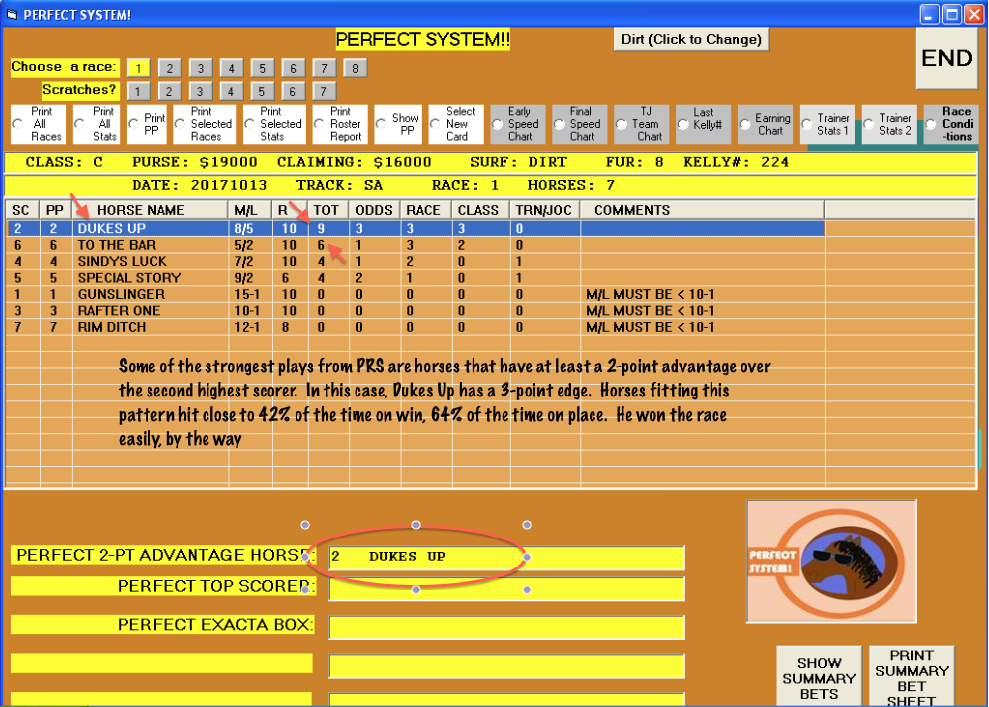 Below:  This system is one of the all-time best we have seen in the realm of Exactas with over a 40% hit rate –  and the prices are often juicy as PRS does a super job of including ‘likely’ longshots in the mix. 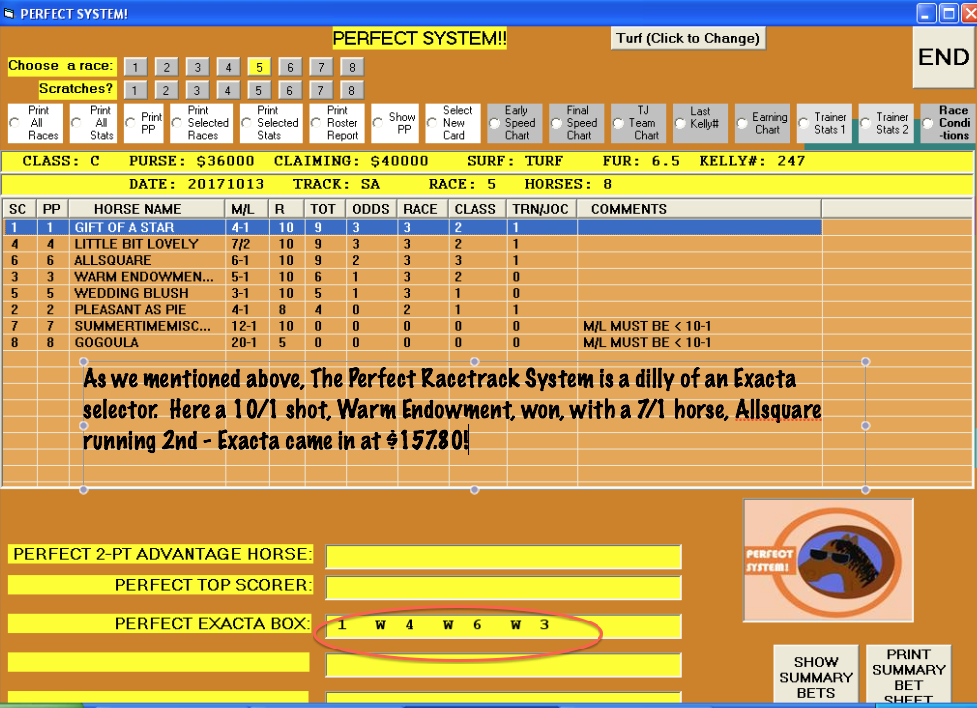 Below:  When there is no 2-PT Advantage horse, there may be a PERFECT TOP SCORER — these horses have a lower overall win % but a higher average mutuel — TOP SCORER plays showed a +31.2% ROI, not that far below the Advantage horse ROI. 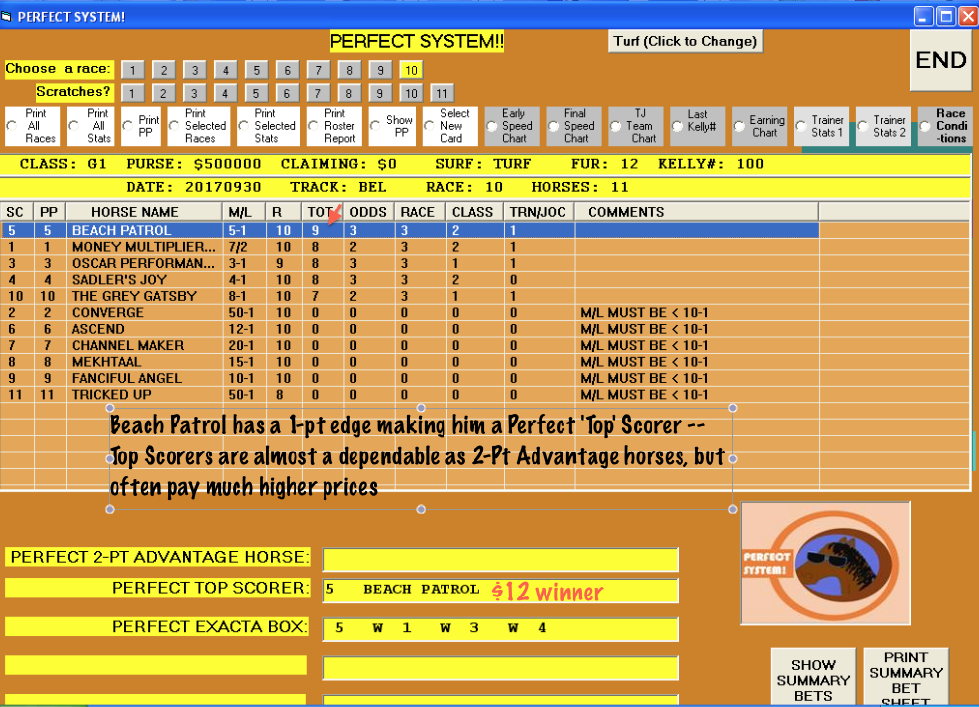 Below: one of the great things about PRS is that it works equally well at both small and large tracks.  Here’s a real nice set up at Indiana Downs with both the winner and nice Exacta. 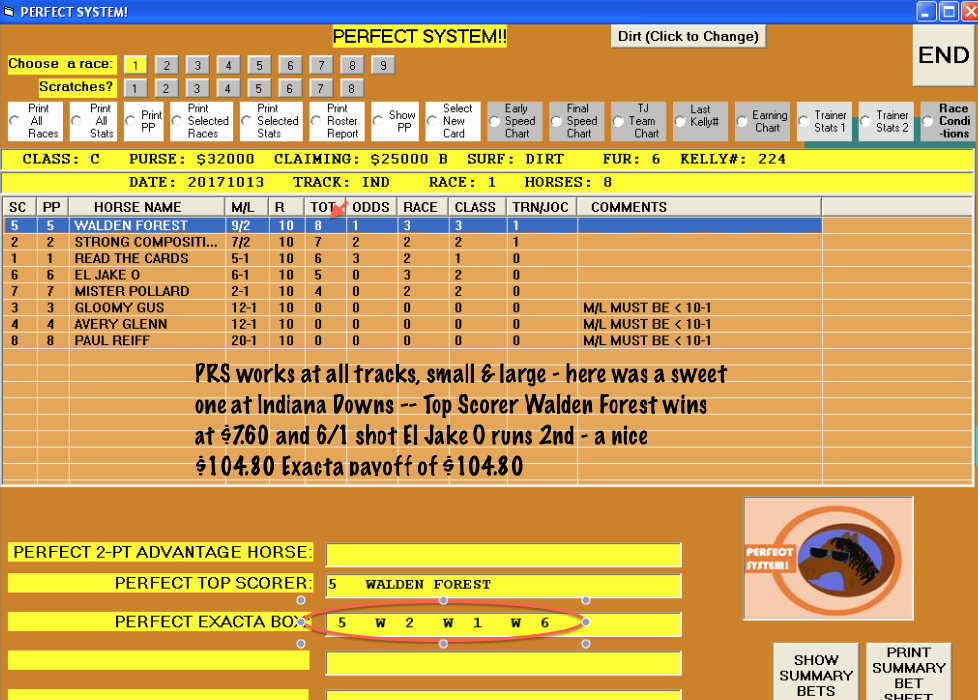 Below:  Advantage horses don’t miss the board too often, but this one did.  The race was saved by a $179 Exacta as one of the Exacta contenders won and paid $30! 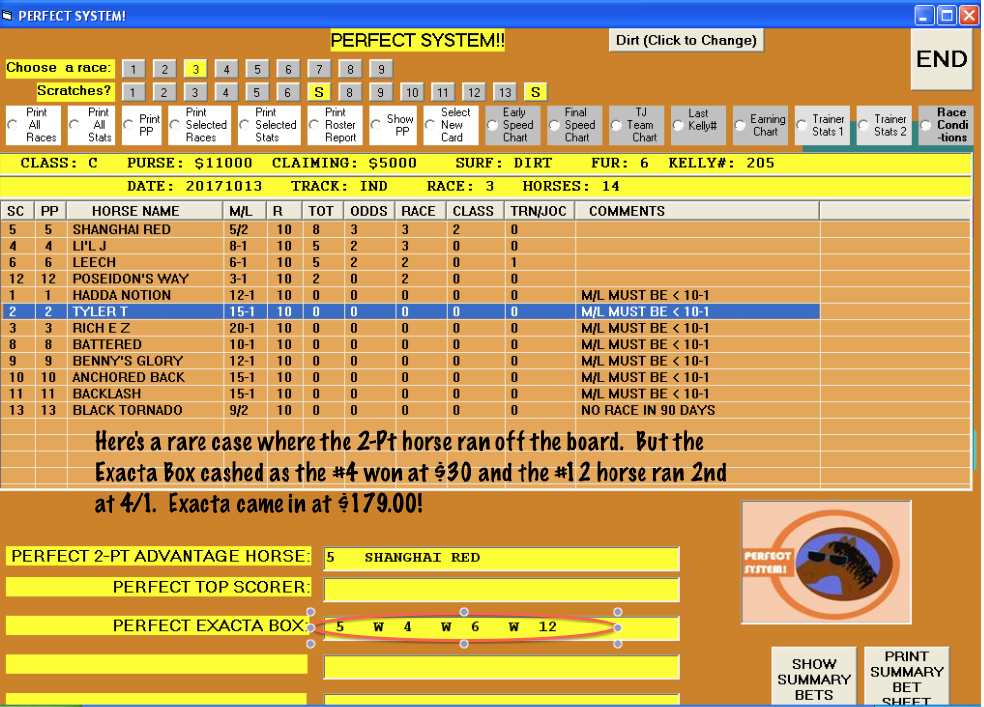 Below:  WHOA!! Here is a great spot-play opportunity that Len discovered in his database study.  It works like this:  If an Advantage horse has at least 2 points, and no other horses score under the TOT column, you have horse that wins 51% of the time!  Usually a short price, but at that hit rate, who cares. 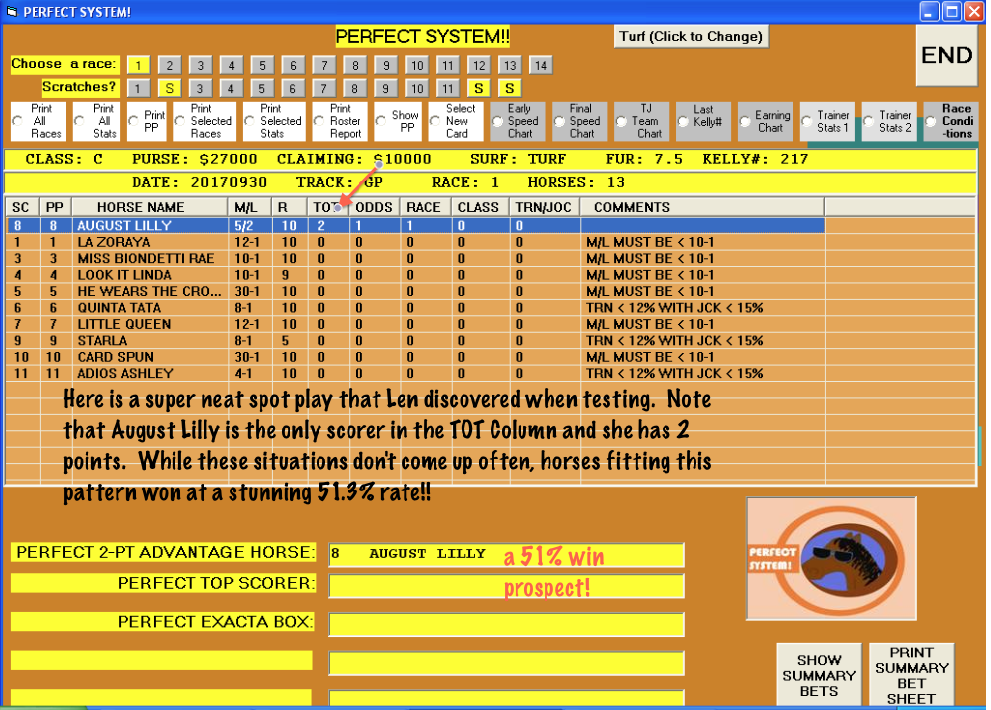 No B.S.  You will benefit immensely from The Perfect Racing System!  Cross our hearts and hope to die!  And if you don’t like the system, no matter what the reason, just send it back for a full refund.  It’s that simple.  Dave & Len