Coming Attractions!! In Production & On the Drawing Board! Exciting New Products that Span the Handicapping Universe!! 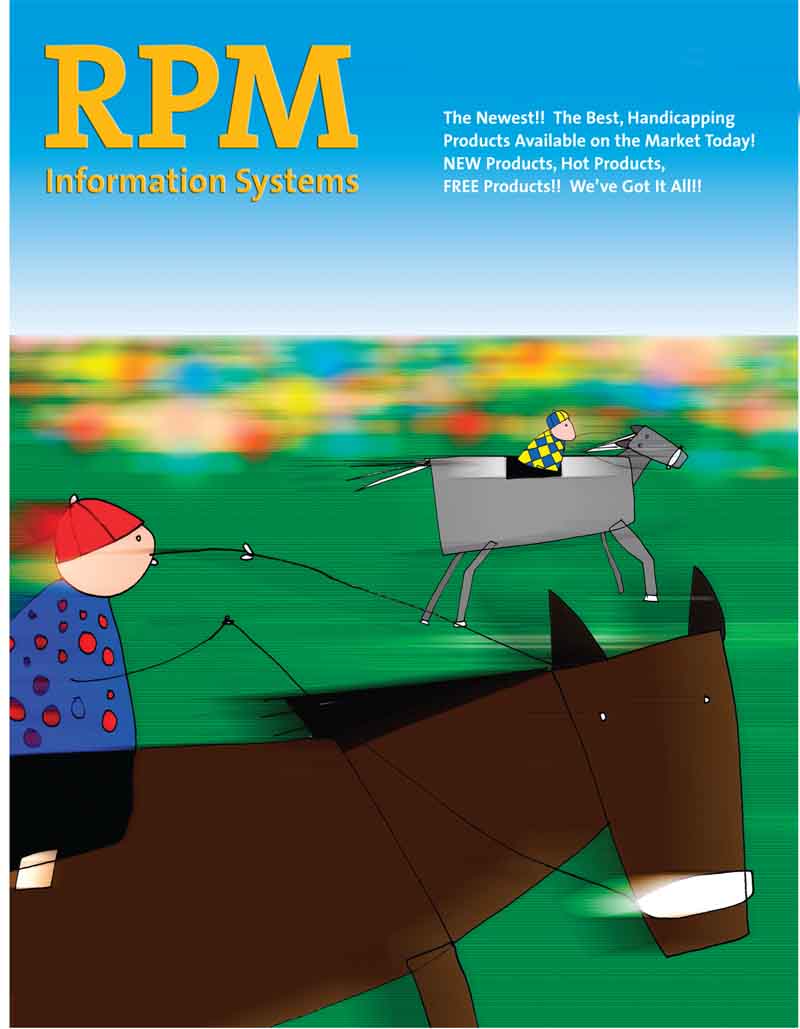 As we’ve said before, being the largest purveyor of handicapping products in North America has its advantages, and its disadvantages.

The advantages include being able to offer our customers the best available products on the market today.  The major disadvantage (and we’re not really complaining!), is that at times we become inundated with new products from known and unknown authors who would like their ideas published, and sorting through them to separate the wheat from the chaff can be laborious.

Well, this is one of those times.  Over the last few months, loads and loads of products have reached our mailbox.  Since overall only about one of every 11 products we review make the grade, you can calculate how many we have actually received based on the nine featured here.  We’ll provide you with a brief description of each New product and will email you when each product is ready to go. 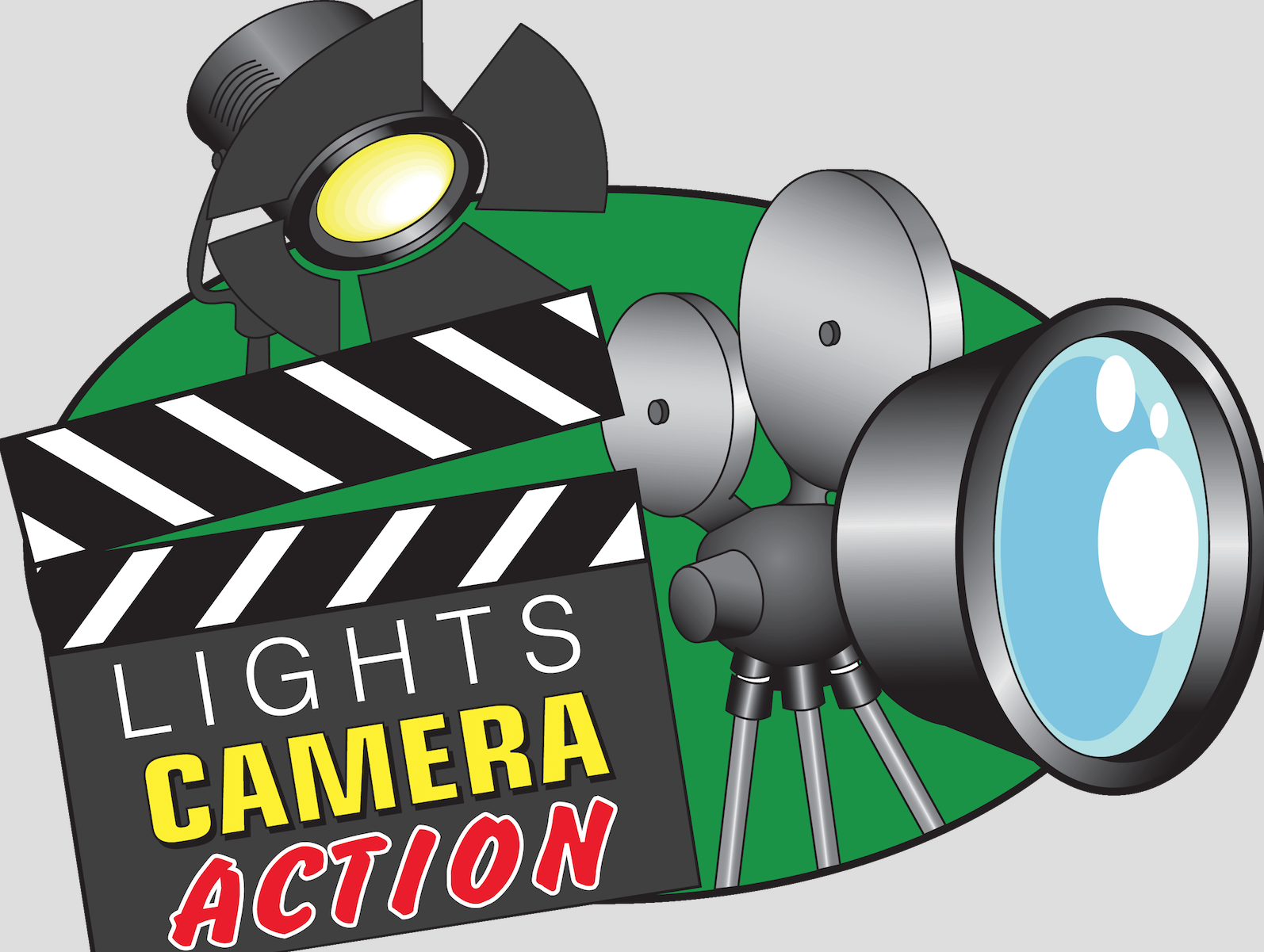 Joe Alberti is one of the most prolific system creators in the game.  His ‘Alberti/Hatch’ Method is his shining star, but he authored many more accurate and profitable systems.  Here we are offering his Magic 30 Method on Software.  The Magic 30 was discovered quite by accident by Joe.  It is a super-accurate on-the- board selection method – selections run at least 2nd close to 50% of the time.  The software also features ‘Mad Man’ Ivan Silber’s Longshot System, which boasts a good measure of Consistency as well as price. 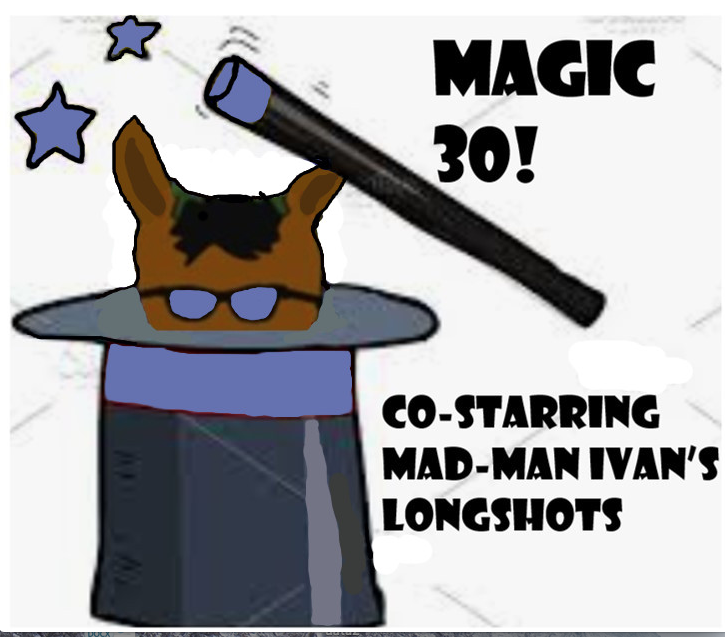 Ray Taulbot’s Let The Trainer Tell You When!

Ray Taulbot needs no introduction to horseplayers, young or old, as his literally thousands of handicapping writings have enlightened fans for decades.  His systems often included info on what he considered the most important area of the game, the TRAINER.  In his ‘Let The Trainer Tell You When’ publication, he spotlights situations where you can be pretty darned sure that the trainer has his horse ready to run BIG.  Now converted to software, you will quickly know which trainer(s) are ready to pull the trigger today. 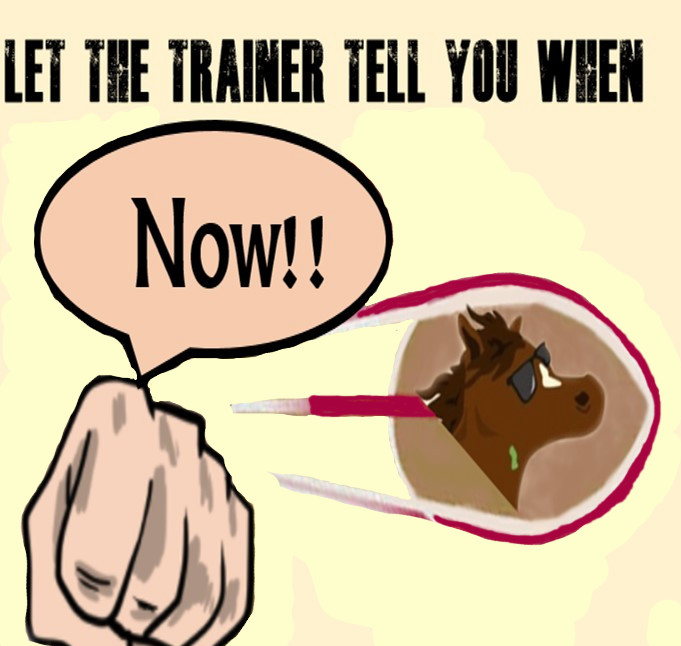 So what if you take five of the most critical handicapping factors, Recent Races, Recent Odds, Speed, Running Position and Trainer, and then ‘weight’ each factor, based on the author’s research, and then combine them to forecast the most likely winner/in-the-money horse?  Well, Tapper Shroud (his real name!) of Pittsburgh, PA, has done just that.  While we have seen and programmed systems that include these factors, we have not seen it done quite this way, and the result is supreme consistency, above average mutuel price and a very accurate 4-horse Exacta box algorithm.  It’s a goodie! 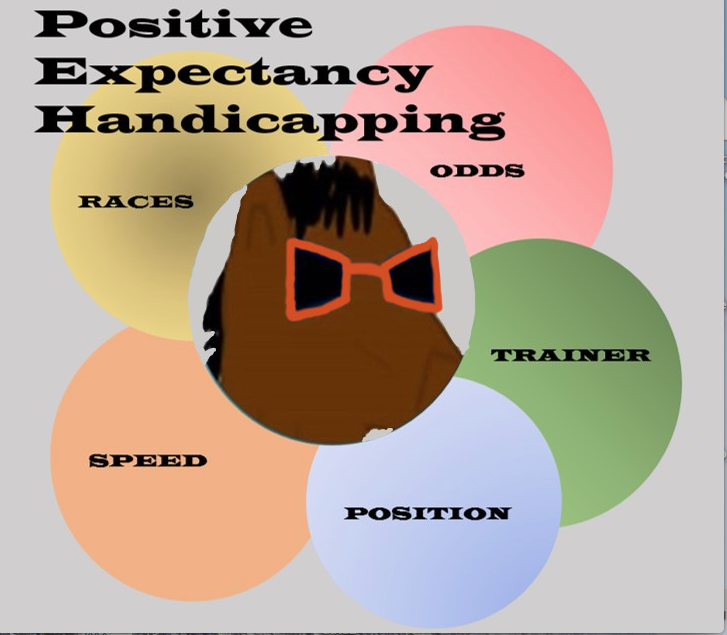 Len has recently embarked upon a mission that has thus far proved very successful:  Analyze some of the best programs in our inventory, and then combine them to produce results superior to either one individually.  He did this with our recent SuperMaster Consensus Stars!, and now has taken Power Handicapping! and Easy Money Pro!  He eliminates what his database says are the weaker points of each program, then adds factors that have proven stronger, and then combines both programs into one Powerful Winner Selector.  Early analysis shows a average win mutuel in the $9 range and a show rate of close to 88%. 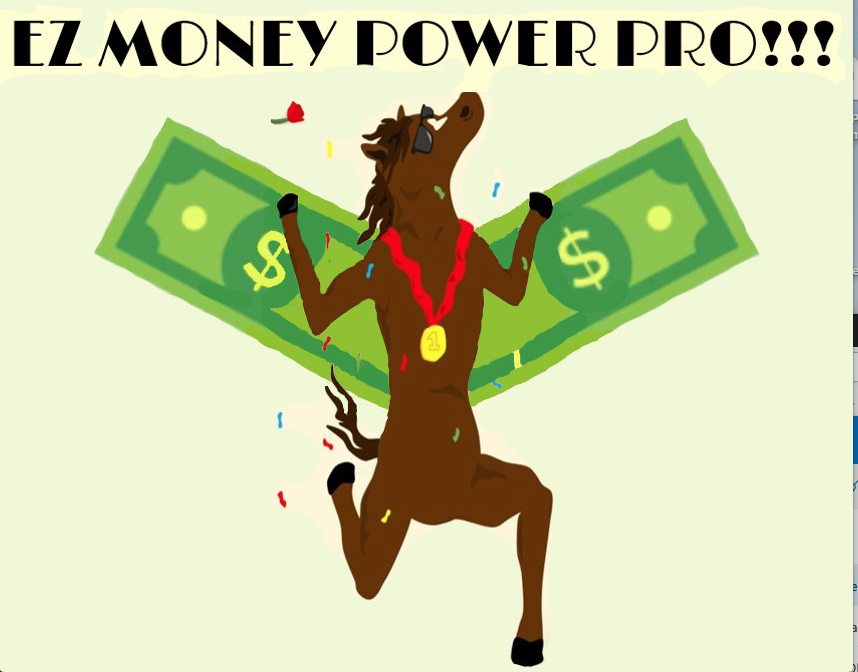 The Powerful Tote Factor And Its Inverse!

Based on an idea of Mark Cramer’s.  Mark writes:

The seed of this research was born during a night of insomnia. I’ve written before about restricted cases in which an odds drop from the previous race to today’s winning race was a positive factor. But I’d never looked at such an odds drop in a global sense.  My research shows that

A MEANINGFUL DROP IN THE ODDS FROM THE MOST RECENT RACE TO TODAY’S RACE IS NEARLY THREE TIMES AS LIKELY TO PRODUCE A WINNER AS A SIGNIFICANT RISE IN THE ODDS. This holds true AT ALL ODDS LEVELS.

Len was able to program the rather simple rules, mostly based on previous odds, into a software that produces consistency as well as some great prices.  It’s a spot-play, for sure, but one that can add to your bottom line both on the win end and your exotics. 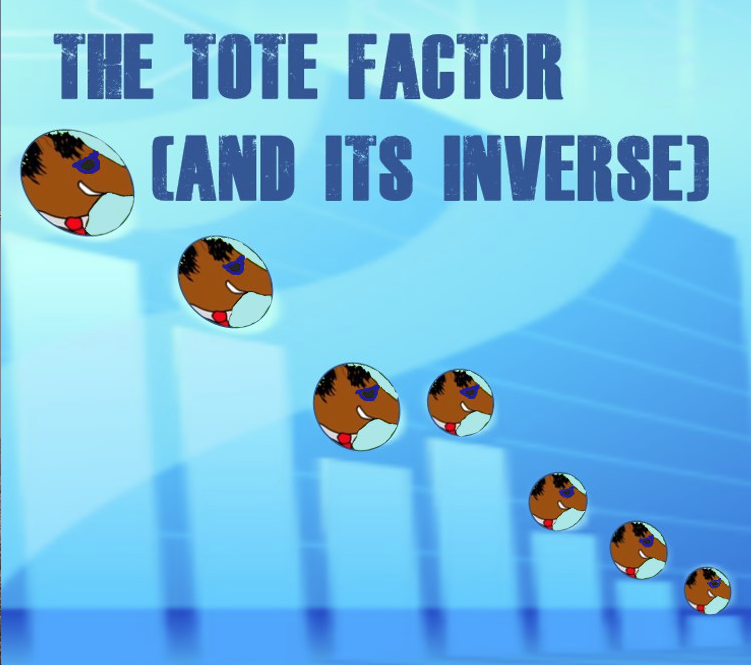 Well, duh!  But as obvious as that may seem, finding the Best Horse consistently is far from a simple task.  But we have two systems, spot-play systems, that have shown consistent profits over some 50 years now.  You won’t get a whole lot of action, but you are virtually assured of a positive return. 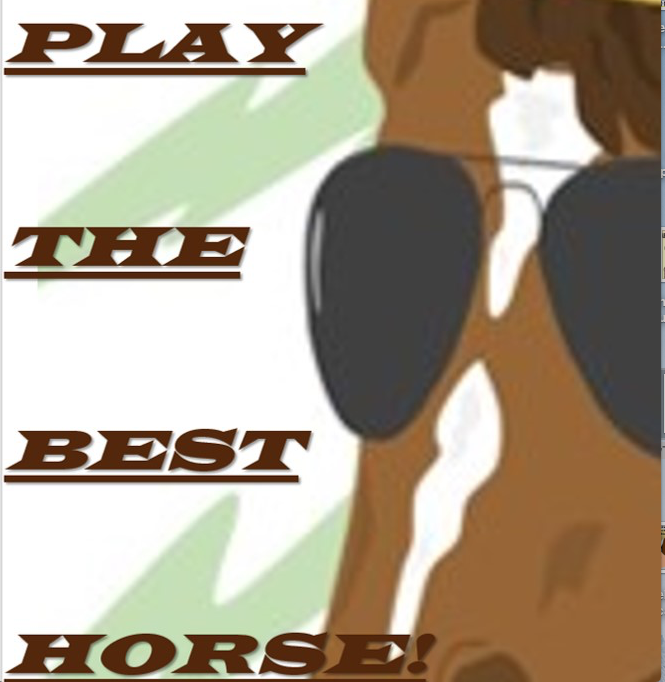 Another title that seems to state the obvious, but what we’re talking about here is a system that spots likely ‘repeaters’, i.e., horses who won their last race.  About 22% of all horses who win a race also win their next.  But how to differentiate a likely repeater from an unlikely one?  Professional handicapper Mike Lovetere has found a very effective way to do just that.  Mike has authored some great products like his Precision Profit Play! software, as well as his Triple Threat! and Trainer Genesis! programs, and you will find his Winning With Winners! equally adept at locating solid, ready to win runners. 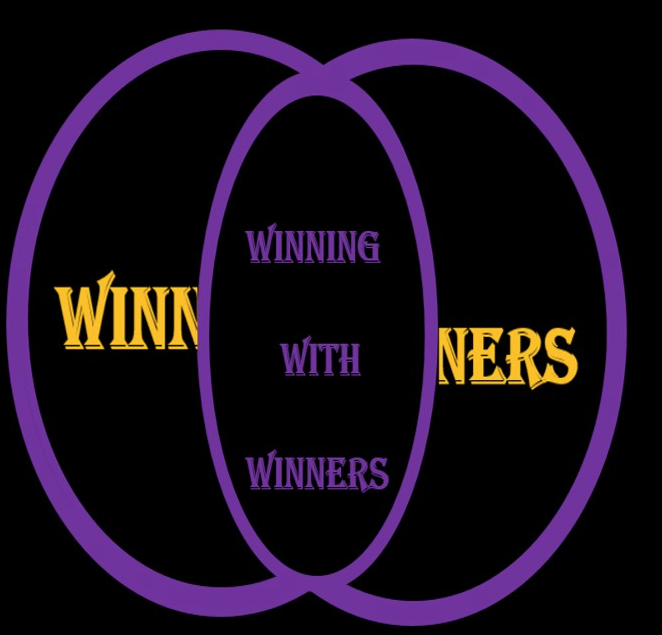 The Quarter Backer!  Precision Software for Quarter Horses and Thoroughbred Sprints up to 5-1/2 Furlongs!

One of the great discoveries Len made when testing his database was that several of our programs worked very well on Quarter Horses.  As you likely already know, Quarter Horse races tend to be very formful, i.e., the % of winning favorites is higher than with Thoroughbreds.  So Len took the best Quarter Horse prediction programs in our inventory, combined the best assets of the lot and put them all into a very effective software that hits a high % of Quarter Horse winners (42%+), as well as Thoroughbred races up to 5-1/2 Furlongs.  So if you previously ignored Quarter Horse racing, now is the time to start paying attention with one of the very few programs on the market that accurately forcecast races from 250 yards to 5-1/2 Furlongs. 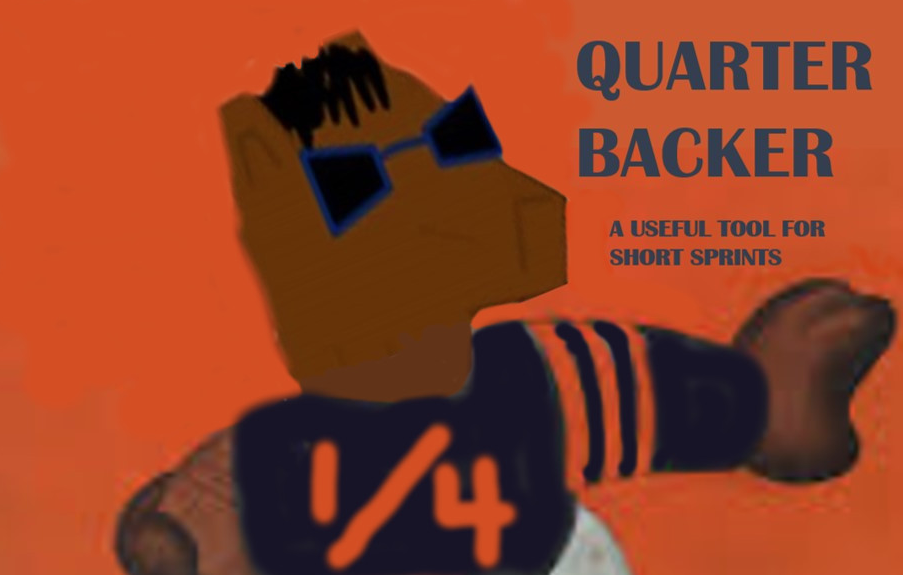 Most programs focus on selecting winners, but many, many horseplayers look for ways to find the likeliest contenders to put in their Exacta/Trifecta/Superfecta plans, and especially in Pick 3s, Pick 4s and Pick 5s.  The new Point Count Contender-Getter! uses dozens of high-confidence algorithms that will highlight the likeliest contenders, normally three or four, in a given race.  Great for hitting a solid % of exotics, and often, high-paying exotics. 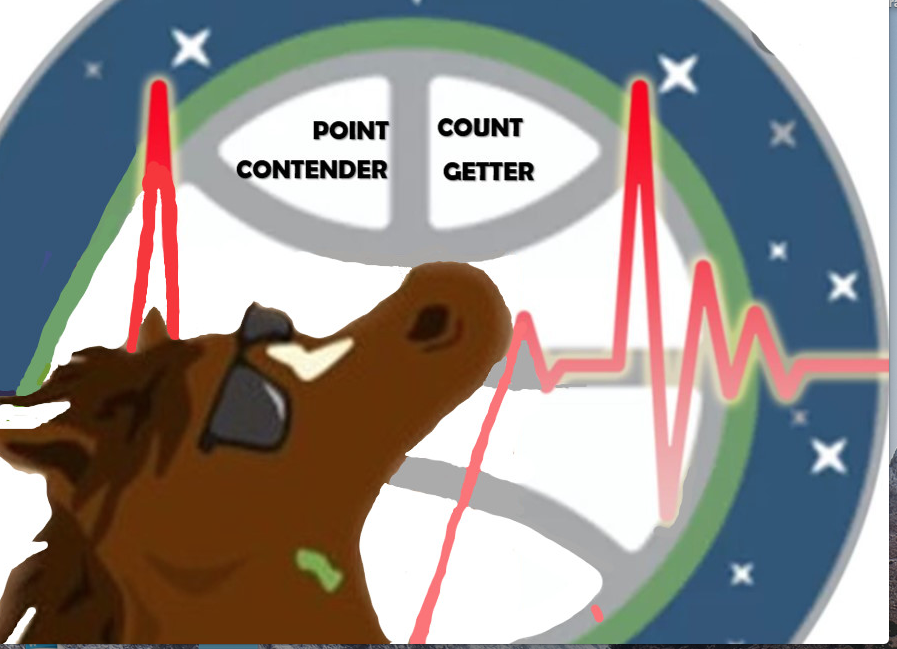 And we’ll leave you with this: 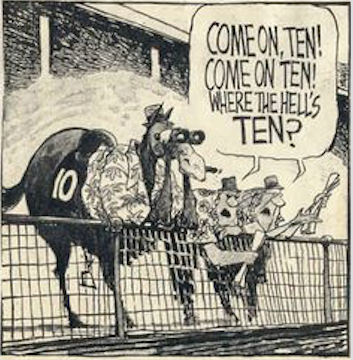