Editor’s Note:  At RPM, we have sought out, and proudly hired, some of the absolute best ‘specialty’ handicappers in the Nation.  We have Leo Cate’s of PowerHorse International, who has provided accurate selections for the Triple Crown and Breeders’ Cup races for our clients for over 22 years now.  Rob Henie, whose West Coast & East Coast Reports (WCHR & ECHR) are read and used my many top handicappers, owners and trainers in the nation.  Jon Worth, who provides the ‘conservative’ set with super high-% place & show prospects via his TIPS Report. 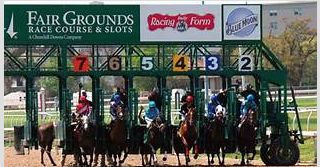 And now, we are very fortunate to be joined by Don ‘At-The-Gate’ Phillips, who has made his mark at The Fairgrounds & Oaklawn.

The Fairgrounds has long been a puzzle to even the best handicappers because of all the shippers that stream in from all over the country and the often ‘tricky’ main track.

The Fairgrounds Racemeet runs from November 15 thru March 25

>>But Don has been working on Fairgrounds ‘formulas’ for years, and knows exactly what to expect at the popular racetrack, even early in the meet.

And at the price we are offering for his service, you simply cannot go wrong!!

See the details below, which include some of Don’s recent results at The Fairgrounds.

We are happy to have Don Phillips on board as one of our new, brightest and most accurate handicappers.

Don will be sharing his expertise with selections on the very-difficult-to-handicap the Fairgrounds, where he has enjoyed profitable results for the past three seasons.

And to introduce you to Don’s Expert Selections at The Fairgrounds, we are making you a deal, that if you are smart, you simply cannot refuse!!

You read correctly, just $77 for the FULL 77-Day Fairgrounds Meeting!!

And we can 100% assure you that Don will provide you with results far, far superior to your own handicapping (or anybody else’s selections).

Don came to us from Thorocap.com and owner Chris Robbins gave him this glowing review: 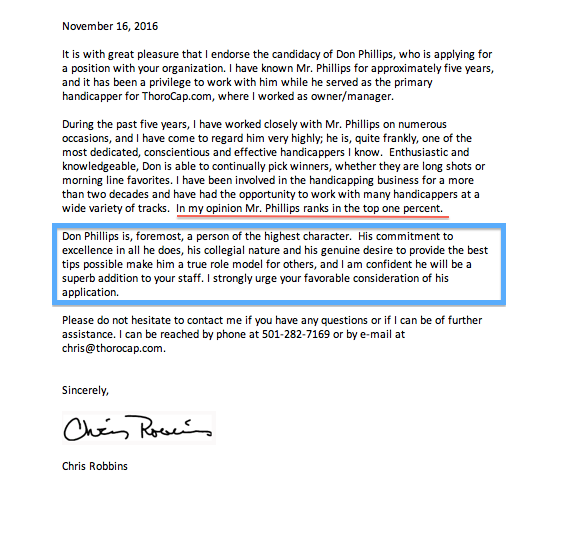 And just to show the kind of service Don provides to his clients, check out some of his last season’s Fairgrounds results.  Don is famous for picking multiple winners on a given racecard:

And with Don’s selections you will have reasonable expectations to add $$$ to your pocketbook rather than useless calories.

Your selections are emailed to you the night prior to each night before the next Fairgrounds racing day.